The biggest addition of this update is the players can except a new payload mode. Besides, this is an update to the Halloween mode.

Also, some other addition has made the game more exciting. A remarkable factor about this update is PUBG is now smoother and consumes less power. Gladly informing you that I will discuss the factors in detail in this article.

The full meaning of PUBG is players Unknown’s Battleground. It is mainly a survival game. There are different modes of this game. You can play in arcade mode, zombie mode, room mode, and others.

The main fact is you have to survive in a zone of a hundred players. The last surviving person is the winner of the game. In the game, you will get different objects to survive.

You can use guns, weapons, vehicles, and other things. Not only this you will get good dress up by playing and gaining experience.

The game has gained a lot of popularity because of team play. You can make a team with your friends and play the game. You can turn on the speaker and discuss it during the game. Besides, you will experience a crispy sharp graphics with 3d. It’s true that the game causes a high-quality device.

And happy to know that PUBG became 2018 mobile game of the year and gained golden joystick award. 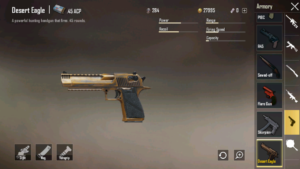 Mainly the new pistol ‘desert eagle’ brings a massive change in pistol-type weapons, this pistol access on .45acp buttle, generally other guns which are accessible on .45acp bullet are known as the lowest damage gun in PUBG, but the Desert Eagle surprise with its damage rate. 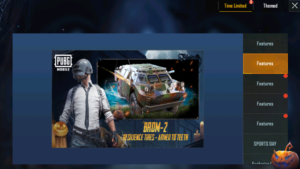 The new vehicle BRDM-2 is the best thing to get into the playzone and also for rush battle. You can get vehicle by using the flare gun. so if you want to get this vehicle, first find a flare gun and use it outside of the playzone.

Some really important and useful changes happened in this update. Now you repair your vehicle with a new feature vehicle repair pack, so don’t worry if your vehicle condition is poor found a vehicle repair pack in the battleground and fix it, also an interesting thing come in this game, the explosive barrel. Now you can blow up the explosive barrel and damage your enemies.

The vaulting update makes this make more interesting, the control and movement are improved as well as the weapon gears. 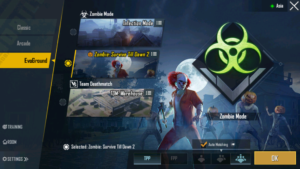 Payload mode is also enable now. Pay in Payload mode is too much fun. when you just play this you will feel this game is completely new game. This mode has a new thing like Guns, helicopter and if you are dead, you can be back with limited requirement rule.

This update of 700mb makes the game more smoother and lag-free to run and less the frame drop. This is what every PUBG player is waiting for. before the update, I was a little worried about 3gb ram users, because this update brings a huge change and improvement.

A low configuration device doesn’t face any extra problem after this update. After this update comes the game smoother and comfortable for the player

My personal experience about the update

Like every PUBG I also waiting to update the game as soon as possible. After the update I start the game, it shows a new loading wallpaper. Then I start a classic mode battle in Erangel, it was smoother than before, I landed on school with my squad, after a few seconds I found the new pistol desire eagle with 30 bullets, at the same time an enemy comes in front of me I just shoot 3 or 4 bullet and enemy knocked, I was surprised for its damage rate, it’s just wow.

The match was good. It’s has no lag and frame drop problem at all. I survive till to the end and 3 people of my squad still alive and finally with the AWM and 8x I kill the last enemy and get the chicken dinner

Re command for you

I have already discussed all the nuts and bolts of the PUBG 0.15.0 update. Games like freefire, call of duty and others are getting popular day by day. At this moment, PUBG update brought a positive impact on their position.

Undoubtedly the developers brought great changes and the game has become more exciting. All the PUBG gamers must get the values by playing new update.

Hopefully, you will have no more confusion about PUBG 0.15.0 update after reading the article.

How to Start Blog And Make Money (Free Guide For Beginners)